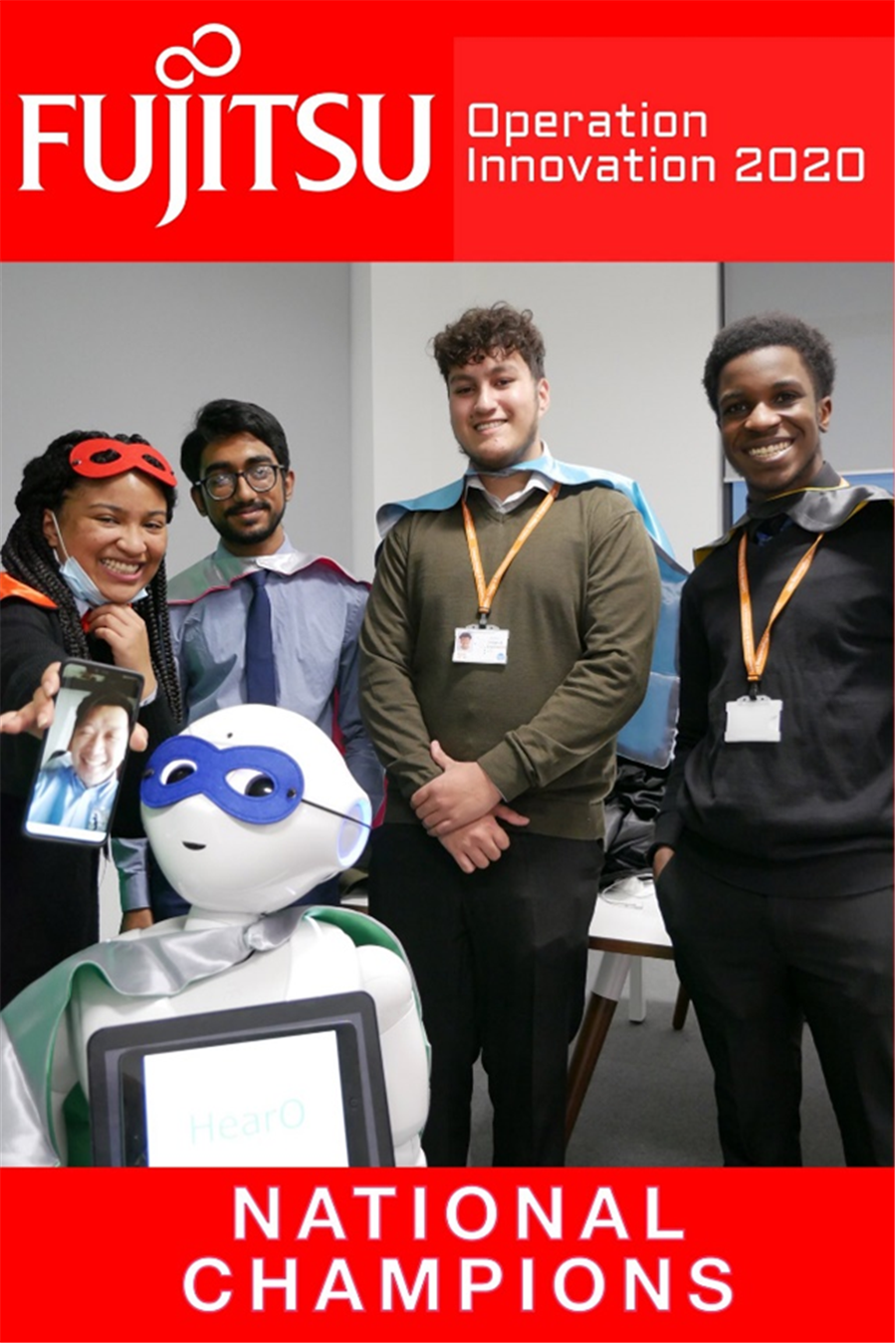 Fujitsu’s ‘Operation Innovation’ initiative provides opportunities to ambassador school and colleges such as LDE UTC to enter a group of students with the mindset to create innovative technology solutions to real world problems. It is fantastic to work with global employers such as Fujitsu, who understand the important role of technology in solving the various challenges we face in society today.

This year, our team of four Year 13 learners learners had the opportunity to apply their computer science and digital skills to create a proposal to meet a ‘Healthcare and Education’ brief set by Fujitsu.They embraced multiple technologies available to them here at LDE UTC, and combined mixed and augmented reality, app development platforms and robotics to create a web-based app capable of translating the spoken word into multiple forms of sign language. These are primarily: Signing Exact English (SEE), American Sign Language (ASL), and British Sign Language (BSL). The app can even translate signed hand positions via the device camera and visual recognition, and relay it back to the user.

Learners enjoyed a number of workshops led by Fujitsu which enriched their experience throughout the project. Ultimately the team were preparing for a ‘Dragons Den’ style presentation which, due to the current Pandemic, was carried out virtually. The team deployed the use of a green-screen studio and innovative onscreen graphics to convey their idea, as they presented live to the panel. Finally their knowledge was tested by a live Q & A session from top industry experts, as the team's understanding of their concept, costings and technology was put to the test.

Melissa, an Operation Innovation team member in year 13 stated, "Personally, public speaking isn’t my strong suit and it was a first time for half of the team, but we were confident and proud of what we had designed. Talking about it during the competition was really enjoyable and not as nerve racking as we thought. Throughout the development process, we never reached a point where we could confidently say that we were finished. We kept questioning what more we could do to make it better - both in terms of the idea and in its presentation. We kept on improving until we had something that would definitely be completely different from everyone else. That’s the innovation the competition was looking for.”

Alan Computer Science Teacher LDE UTC added, “The team remained committed to the project throughout, despite the challenges presented to all by the pandemic. They have utilised the technology at the UTC to overcome logistical issues to progress the project. The achievement of not only being one of the eight finalists but also making the final push of delivering on the day of the presentation is amazing considering their study commitments”.

James Culley Assistant Principal / Technology & Projects was extremely pleased with the win. He said, “This is a fabulous example of the power of real world briefs and how working towards such achievements can motivate learners. The innovative combination of technology put to use in their idea is an awesome showcase of the capabilities of young people today, particularly when supported by dedicated staff and when given access to modern technology!”